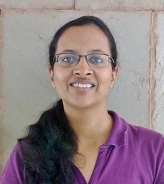 “As the pilot announced arrival to Yogyakarta, there it was standing tall and covered with clouds. We were cruising beside the Mount Merapi, which was silently looking, waiting for the right moment, ready to outpour itself once again. Charred tree stubs, chipped land and dusty road ride to Kaliadem gave away the evidence of the Merapi volcanic episode two years ago, while the smiling faces and hopeful eyes of Gondang I shelter spoke of the strong belief system of their society. In 2006, Indonesia was shook by a major earthquake where many lives were lost, habitats destroyed and villages were uprooted. However, everything seemed normal on the streets of the Serut Village; they have sprung back to normalcy but had many lessons for us to learn from. Our trip to Jogja was not only about such examples of nature being unpredictable; it was about how the society behaves and adapts to such unavoidable situations, building resilience in the near future”.

Young Researchers’ School (YRS) is being organized every year by Promotion of Sustainability in Postgraduate Education and Research Network (ProSPER.Net) with an aim of exposing young researchers and students towards the regional sustainability challenges in Asia-Pacific region. This year, the 2012 YRS was hosted by the esteemed Gadjah Mada University (UGM) at Yogyakarta in collaboration with Prosper.net and UNU-IAS. The school had diverse participation from eminent institutions from Asia-Pacific to learn and share on the theme “Building a Resilient Society in Asia”. The core structure of school created a highly inductive environment for learning about the concept of resilience and society. It aimed at including interactive-learning with practical case-study approach through live-examples, while developing an understanding about the resilience in the society.

Indonesia proved to be the perfect location to answer the 5W and 1H related to resilience in context of societies. Yogyakarta is the main socio-economic center of Yogyakarta Provincial area of Indonesia besides being the city of education and culture. Like almost every region of Indonesia, it has been experiencing series of natural disasters ranging from earthquake to volcanic eruptions disrupting life and causing huge amount of loss. However, after every destructive shock these communities rose from ruins, worked together and rebuilt themselves.

Gondang I shelter, Serut Village, Sukunan Village are few examples of such societies which have learnt from previous experience, built resilience and now are preparing themselves for anything ahead. A noteworthy learning from these case studies is the importance of relationships: human-human and human-nature. The people of Yogyakarta and other villages of Indonesia have been working to gain an insight about these relationships, in simplified manner, using indigenous knowledge and scientific aptitude by working with institutions involved. The concept of resilience also looks at this aspect by working towards building the capacity of the system, thus helping it resist disturbances while adapting to change.

The school provided a great theoretical component about disaster management, urban development, social entrepreneurship and the global issues of poverty, sustainability and climate change. Further, the lectures on field trips helped in preparing an excellent groundwork for the study while stimulating thought in the direction of seeking more information in the same regards. The lecture series on effective research methodology, qualitative analysis and quantitative skills helped in enhancing competencies and aptitude among the participants for solving the local issues around sustainability. The participants imbibed the knowledge from the various theoretical, field and interactive session, which later resulted in development of various project proposals in-line with the theme of the school.

A great feature of 2012 YRS was involvement of the academics and research community in solving local concerns including disaster management, capacity building and skill development in the society. The active involvement of UGM and other Indonesian universities in building community resilience is an excellent example of working at community level with community. The effort of UNU-IAS is commendable in bringing various prestigious institutions together for creating and sharing knowledge in the broad spectrum of sustainable development. The efforts of YRS secretariat and UGM are appreciated for creating such a comfortable and hospitable environment atmosphere for learning, interacting and networking. We enjoyed every moment of 2012 YRS while understanding and realizing more about resilience and its importance in societies.